This month I did something I’ve never done before.  I entered the gig economy.

All of my career I have always been an employee, have always wanted the security of a regular salary and the benefits that come with that.  As the main income earner in my family, I’ve tended to be quite risk averse.  Being a Contractor was never something I could ever imagine myself doing.

In all my career the longest I have ever been without a job is two months, which was when I moved to New Zealand from the UK.  Other than that, I have never left a permanent job without another to go to.

So what changed?  Well, just life really.  I’m at a stage in my life where my priorities have changed quite considerably and I want more time to do other things.

I was working for an awesome, growing HR consulting firm and gave it a good go for two years. But I couldn’t help feeling that being a senior consultant type working across multiple clients wasn’t really my thing and, as the company grew, I could only see it getting busier and busier.

Our youngest child is now 16 – basically an adult!  A couple of sound investments a few years back mean we have no mortgage, no other debt and a bit of money in the bank. Enough to act as a buffer in the event that work dries up for a bit. So there is not the financial pressure you have with younger children and a mortgage.

Overt the last few years my wife and I have both lost parents, other close relatives and close friends. Things like that make you reassess your life and what you want to do with the rest of your time on earth.

For me it was a gradual realisation that I no longer wanted to work long hours, as I had done for several years, and which often comes with the territory of a senior position. More importantly that there was no longer any reason to do so.

Add to that, I was involved in launching Summer of Biz (a voluntary run internship programme for HR and marketing students) which I knew was going to take up a lot of my time this year.  I do other volunteer things within the HR profession that I really enjoy such as mentoring, running a networking group etc. I wanted the time to do these things without feeling guilty that I was somehow cheating my employer by not being 100% dedicated to working on the growth of the business.

So nearly a month in and I’ve been largely working part-time hours.  I was lucky that my employer wanted to keep me on in a contract capacity to work with three or four of my consulting clients so it wasn’t the massive leap of faith that it could have been and I can still feel part of a team. But I have also secured another part-time contract which I started last week and which now makes up the rest of my working week.

So what’s different?  I am really enjoying the freedom to manage my work the way I want, being able to work from home any time I want (or not work if I don’t want to) and getting home at a reasonable time every night to eat dinner with the family.  My daughter is now a little freaked out that we can sit down together instead of me eating on my own long after everyone else has eaten.  We get to talk about her day. She’s not used to it! 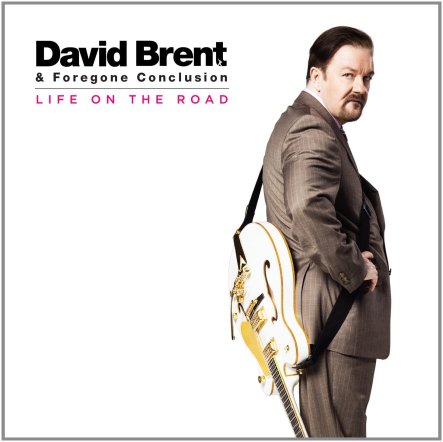 As a frustrated musician and music obsessive, I love the term “gig economy” as a way to describe what I now do.  Like a band or performer, moving around from paying job to job. Life on the road with no single base doing a bit here and a bit there.

There does seem to be a global trend towards this way of working and it sits nicely alongside greater outsourcing of some organisation tasks that don’t require a permanent resource – such as HR in smaller companies.

I have seen suggestions that around 40% of the workforce could be contingent by 2020 and can definitely see the desire many people have to change where, when and how they work in return for the flexibility and elusive work-life balance over a steady income.  I am sure it’s not always going to be easy for me but I’ll share here any lessons I learn as I go along.

And like David Brent, some of us also like to dream about those other careers we always wished we had. When considering whether to go down this road, I found Ronan Krznaric’s book How to Find Fulfilling Work particularly helpful. He talked about being a wide achiever rather than a high achiever. In particular, I liked the concept of “branching projects” – trying temporary and completely different things alongside your existing job. Want to be a Chef rather than an Accountant? Try working in a kitchen on the weekends. Small experiments can often give you the courage to make big but well informed changes later on.

Now, where did I put the outline for that book I was always going to write?

9 thoughts on “Life on the road”