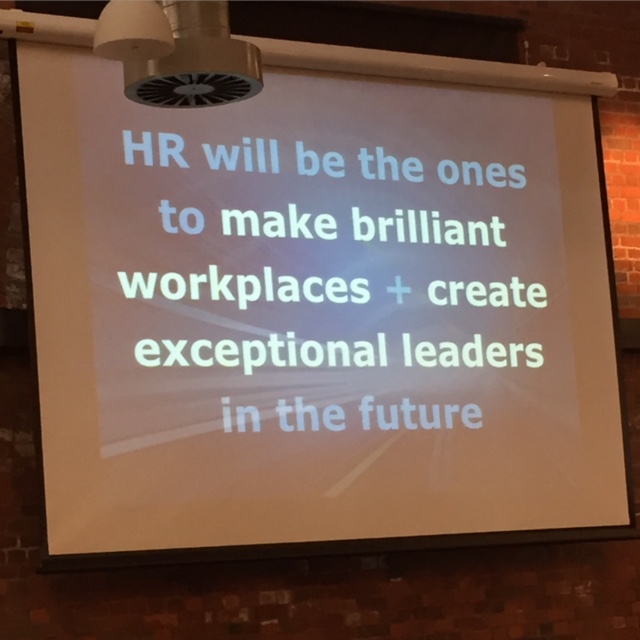 This week saw the second New Zealand HR Game Changer Conference. Angela Atkins remarked in her opening address that someone had said to her recently: “the HR Game Changer – that’s the conference all the HR crazies go to, right?” 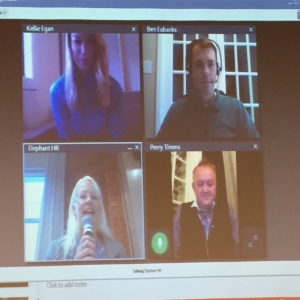 So the HR crazies gathered in Wellington. I could do the usual thing and cover my key take outs about how brilliantly down to earth, sensible and inspiring Simon Sinek’s words were, what I learned about design thinking and how refreshing it was to hear every speaker pull no punches about the state of HR.

For example – after a somewhat confrontational presentation, I asked 42 Below entrepreneur Justine Troy (a person who grew up with a career HR mother) at what point of a new start up she would bring an HR person into the company, to which she replied “no, never. You people scare me. I would rather do it myself.”

On a more positive note we even had game changer awards this year, the winner selected by the audience. There was no mention of business cases or returns on investment, all of the entries were about doing the right thing for the company, it’s people and, in a couple of memorable entries, the wider community. The stand out for me was Horowhenua District Council and the HR work they are taking out into their local community. Spending some time talking with Meredith Blackler who had the vision was a highlight for me, and they were a deserving winner. 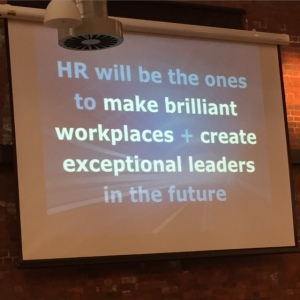 But rather than rehash (you can read the excellent Storify if you want the guts – NZ HR people tweeting at conference shock!) let’s focus on the bigger picture. Because there are some great things happening in NZ right now.

The new Association of People Professionals is thinking very strategically about professional development and looking to build a pathway to chartered status for the people professions, NZLEAD goes from strength to strength, Amanda Sterling’s book is just the best thing I’ve read this year, there are new HR and recruitment meetup/networking groups getting established in Auckland and Wellington that are seeking to continue the game changer approach, plus a couple of unconferences will be announced shortly to take that thinking and discussion further. All of these things are being done by people who want to contribute positively and influence change.

It is right to acknowledge Angela’s massive contribution here and I’m sad she is stepping away from the profession she loves following her well documented legal issues (see this week’s NBR) and I hope this isn’t the last we see of her. HR needs more agitators and passionate advocates who put themselves out there and tell it how it is whether we like what they say or not. At least it starts a discussion and discussion makes people think and drives change. 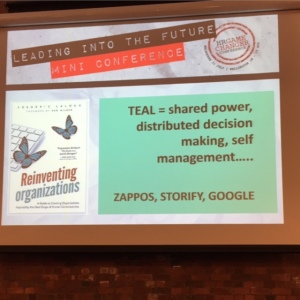 Perhaps we ARE all a little crazy but momentum is building. What has sometimes felt like fringe thinking now seems to be becoming more the norm.  People are connecting the dots and with each other, starting conversations and doing cool stuff, challenging the traditional. Challenging not just themselves but others in HR to be more humane, less fluffy, more commercial and actually help create great workplaces and not just throw their hands up and say it’s all too hard, we don’t have a seat at the table blah blah. I meet more and more people who are starting to get this stuff and want to be part of something different.

Simon Sinek suggested it takes 15-18% support to create a tipping point, and therefore to focus on who you can change and ignore the cynics. That’s sound advice.

But also, and more importantly, we have to stop being so bloody nice and trying to please everyone. Kind yes, nice no. And as Sinek said, we need to have each other’s backs as an HR community.

Another speaker made the point that HR’s biggest competitor is the status quo. And if you aren’t constantly thinking about how to change the game and make your workplace and profession even better, what’s the point of being in HR?

My favourite quote of the two days? “You can never leave footprints if you walk on tiptoes!”  It’s time to put that foot down hard.

One thought on “The Crazy Gang”

Follow Up the Down Escalator on WordPress.com
Join 312 other subscribers